The importance of press kits 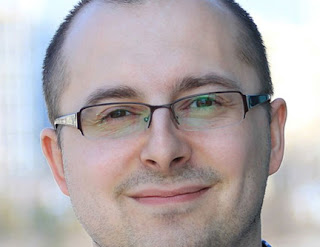 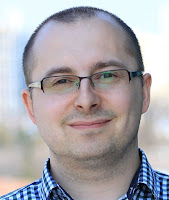 Catalin Marcu: This is a topic I’ve come across many times during my game development career. Because lately I’ve also been with one leg on the other side of the fence, in the neighbor’s yard, the press, I thought it was worth revisiting. Many people have stressed out how important it is to prepare a press kit. As a developer, I admit that I wasn’t too keen on doing that, I always wanted to postpone it until the game was advanced enough. Worthy of press. Which was pretty stupid of me.

As long as you’ve announced your game publicly, you need to have a press kit. Even if it only contains the game’s name, elevator pitch, logo, the developer’s name, an official site – you do have that, don’t you? – and one prototype screenshot. If you think it’s too early, well, to be blunt, you’re wrong. And that’s not my opinion, it’s common sense in the industry.

It’s never too early to have a press kit.

As long as the game is made public, there might be someone willing to write something about it. You never know what, because the press isn’t looking for your latest coolest screenshot, it’s looking for a story. The story might be that two students took a loan and started to make an MMO – hopefully you don’t fit that description. Or that an accountant decided to give game development a chance and started working on his first Unity game. I don’t know, but neither does anyone. The point is that you might get lucky and someone from the press will want to write something about your game. The first thing they do is look for the press kit.

If you’re under the illusion that an email address is all you need, because anyone interested will just contact you, well, I’m just going to say it: it doesn’t work that way! Unless you’re some big shot with an awesome game and, more importantly, an amazing story, press will just move on to the next thing. Your window of opportunity will likely be very small and it’s important to have everything set up so you don’t miss it!

It’s very unlikely [the press] will contact you and wait for a reply.

When you release a new trailer or gameplay footage, someone from the press might notice it and be inclined to write something about it. But news sites don’t usually just share your video, they wrap it up in an article that gives more detail about your game and about the developer, maybe including some additional screenshots, a logo, depending on each site. If they can’t find all that easily, the editor might decide you’re not worth the effort to spend too much time digging for the info. And it’s very unlikely they’ll contact you and wait for a reply, because the news becomes old really fast.

So, are we all in agreement that having a press kit is really important? And that you should have one on your page as soon as you publicly announce your game? Perfect! In case you’re not familiar with press kits and what’s in them, I’ll do a quick overview.

What’s in a press kit?

The most common tool to create press kits these days is Rami Ismail’s presskit(). But if you don’t want to use that, you can just create a page on your game’s site with all the info. Whatever feels like a better fit to you. These are the usual contents of that page:

There might be more info to put in your press kit, but if you have all of the above, you’re pretty good. And if you’re just getting started, I think the most important ones to have in your initial press kit are:

Even with the bare minimum above, you’re still one big step ahead of the developers that have no press kit at all.
Hopefully, I’ve just been preaching to the choir and you all know these things already. But, on the chance this info needed reminding for anyone, I hope I did a decent job at convincing you about the importance of press kits. Remember the three punch combo: make a simple website, put a press kit on it and then publicly announce your game! We at roganews.ro will be looking forward to writing about your creations and we’ll be using your press kits to do that!