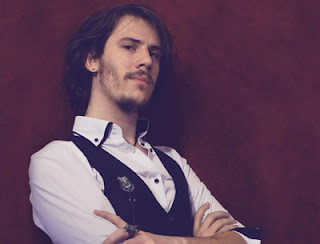 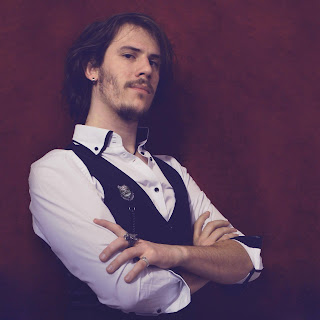 George Remus Poiana is the graphical artist and writer behind Gray Dawn, the horror adventure game from Interactive Stone. I sat down with him to have a casual talk about his career, the company he founded with two of his colleagues, their first game, collaborating with Carbon Incubator and his recent experience with showcasing their game at Gamescom.

Gray Dawn
RoGa: George, please tell us a bit about how the idea for Gray Dawn came about.

George: I’ve had a passion for dark things even from highschool. I’ve started writing horror stories using an actual typewriter. They were mostly short stories, a few pages long, but I’ve gathered them in a drawer, until about two years ago when I thought I should do something with them. Since people don’t really read as many books today, why not give them a story in another format, in our case, something more interactive?

RoGa: So you used those stories as a starting premise for Gray Dawn?

George: Yes, I was working in the same company with the two other founders of Interactive Stone and the management of that company wanted us to work on a game, but it didn’t work out. So we decided to start our own studio, Interactive Stone, and make a game for ourselves, independently. If we could work on a game for others, why not do it on our own? It seemed like good timing too, with us still being young and without too many responsibilities.

If we could work on a game for others, why not do it on our own?

RoGa: Going back a bit to the game’s story, can you give us a few details about it?

George: The premise is that you’re a Catholic priest who engaged a lot in charity, until one of your altar boys disappears. In the game, your character doesn’t remember everything that happened, but you’ll discover that the boy had a strange behavior, which you considered to be a demonic manifestation. So you did what you shouldn’t have done, you perform an exorcism, but things went wrong.

RoGa: The main character being a priest accounts for most of the game’s religious elements, but there aren’t only Christian influences in there.

George: That’s because you were an eccentric, thirsty for knowledge, who had a bite from all the apples in the garden of Eden. Seeking truths of supernatural nature, he explored many religions, traveled a lot, collected many artifacts, until in the end he found his answers in Christianity and became a Catholic priest.

You were an eccentric […] who had a bite from all the apples in the garden of Eden.

RoGa: Tell us a bit about where Gray Dawn takes place.

George: The game is a journey between two worlds. The first is set in 1910-1920 England, it’s a dark world, where the protagonist is tortured by unexplained visions. These troubling daydreams take him to an Eastern [Ed. note – Europe] world, the reason for that being that the missing altar boy is actually originating from Romania. If the first world reminisces of Hell, the world in his visions is something closer to Heaven. 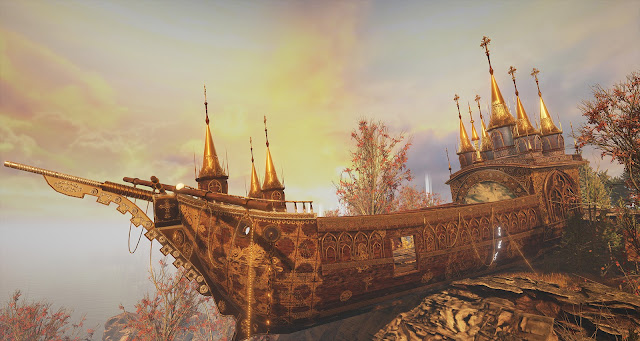 RoGa: How much time has the game been in development for and when will it be ready, if you can share that info?

George: Officially we have been working on it for about 1 year and 2 months, but before that there was half an year of work in our spare time, polishing up the idea, doing tests, establishing a visual style and so on. As for when will it be ready, things seem to be according to plan so far, with our target release date somewhere in January-February 2018. If things continue to work smoothly until then, that’s when it will hit stores.

Our target release date [is] somewhere in January-February 2018.

RoGa: Speaking of which, what are the targeted platforms?

George: Gray Dawn will be released for PC on Steam, PS4 and XBox One. We’re toying with the idea of making a VR version too, but we still have to make some tests, to see if it’s feasible. Maybe Switch at some point, but I’m not too familiar with that platform.

George: As many as we were when we started out. There’s Razvan, who handles programming and animations, Eduard, the company administrator who also does programming, and myself, George, I’m the writer and in charge of all the graphics. Aside from our main roles, we have to do other things too, being such a small team. For example, we all decide on the game design together.

RoGa: That’s a very small team. Do you have other collaborators that help you make Gray Dawn?

George: Yes, first of all for voice acting. Then for music we work with the Faculty of Arts choir. And we get a lot of help from Carbon Incubator.

RoGa: We’ll get back to Carbon in a bit, but first, tell me about Interactive Stone’s future plans. What happens after you finish Gray Dawn?

George: Well, basically, we want to continue with Interactive Stone for as long as we can. We hope the game does ok and we get the sales that allow us to make a next game. We’d also like to increase the team, with at least one person per department. I have more things written at home that, if my colleagues agree, I’d also like to turn into a game. Maybe similar to this one, but not necessarily Gray Dawn 2. Still, it has to be something different, unique, just like Gray Dawn is, probably a new first person adventure game, but who knows, maybe we’ll think of something crazier.

I have more things written […] I’d also like to turn into a game.

Carbon Incubator
RoGa: Coming back to Carbon, how did you start working with them?

George: As you know, Carbon is the first games incubator in Romania and we were the first game they funded. We had a chat on Skype and they wanted a proof of concept, but we sent them a demo. They liked it and we signed with them. 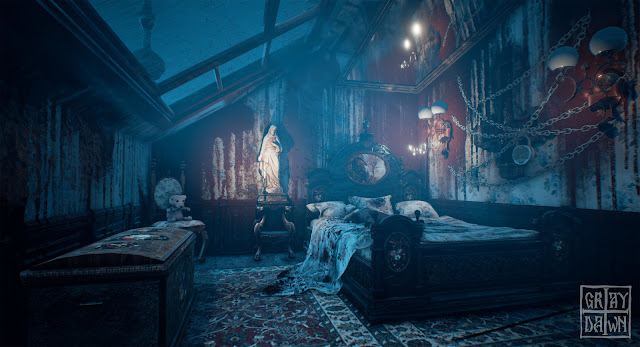 RoGa: What does working with them mean? What are they offering?

George: First of all, there’s the funding, they gave us 50.000$ to help develop the game. Then they handle the game’s marketing and PR, they help us with QA and offer support for a lot of logistical stuff, like starting the company or going to fairs and conferences. For example, when we went to Gamescom this year, we just showed there, with them handling everything, from the booth and marketing materials, to accommodation and transport.

[Carbon handled] everything, from the booth and marketing materials, to accommodation and transport.

RoGa: They seem to be very helpful, what do you offer in exchange and would you recommend them to other game developers?

George: Their business model is that, depending on how many of their services you use, you give them a percentage of your game’s revenue. In our case it’s 20%. I highly recommend them to every indie developer.

Gamescom
RoGa: How was your experience exhibiting at Gamescom?

George: Very tiring, but also very rewarding. I’m not a very social person, so it was a bit difficult for me, with tens of people coming and mostly asking the same questions that you have to answer. There were also people that saw the swag on the table and just came to pick it up and walked away, with no interest in the game. I think Gamescom is one of the coolest ways to show off. And it’s a great feeling to see people stopping at your booth, even if it’s on their way to the big guys. 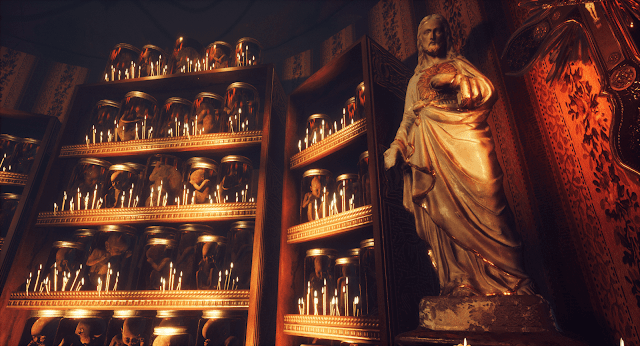 RoGa: What was the most important feedback you got there?

George: The biggest surprise for us was that about 70-80% of our players are women. The game was well received, it wasn’t anything huge, but being the first game we make, it was very encouraging. I thought people would be more reserved towards it because of its religious elements, but quite the contrary. We even had people that came to play it the next day too, some of them just so they could finish the demo.

RoGa: Did you have any negative feedback? What’s your plan to mitigate it?

George: I don’t think anyone gave us any negative feedback, but I did notice people having trouble finding some things in the game. For one puzzle, the solution was right behind the players, but most of them just starting exploring everywhere but there. And it started to get a bit frustrating for them, which we want to avoid. We’re going to try to make everything as intuitive as possible, but without resorting to gimmicks like making objects glow or using guiding arrows. Immersion is very important to us and we don’t want to sacrifice that. 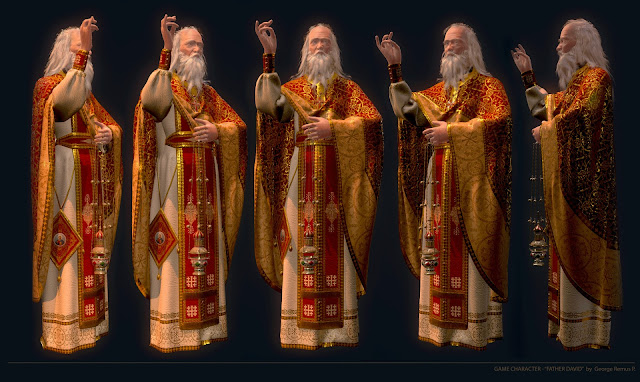 Closing thoughts
RoGa: Tell us something funny from your experience working on the game.

George: The funny thing is that this isn’t necessarily the kind of game I’d like to play, but I love working on it. I don’t like first person games too much because I have motion sickness and I get nauseous. Sometimes, when I put trees in a scene, I get sick from moving the camera around too much. 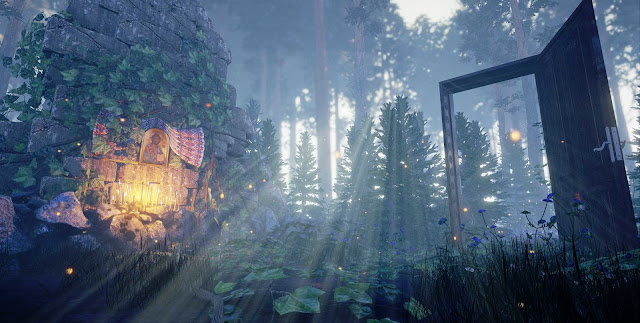 RoGa: What kind of games do you like to play and would want to work on sometime in the future?

George: I like city builders, I’d like to work on something from that genre at some point.

RoGa: In closing, do you have a message for your fans?

George: God help us, let’s get to next year well, with Gray Dawn launched. I hope you’ll like it, we think we’re doing the best job we can. Thank you for buying our game! 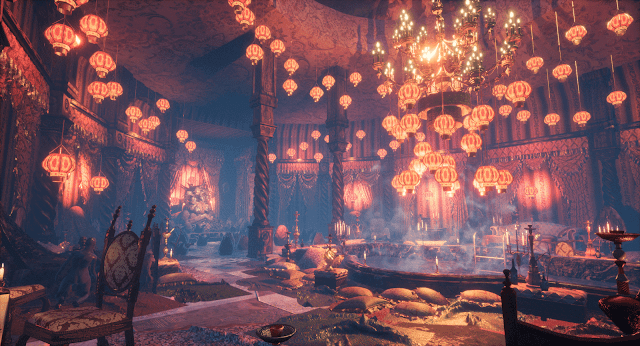