Rumble League, the mobile brawler from Lorraine is now in closed beta, meaning you can sign up to play the game for free either on iOS or Android. The game pits real players against each other in 1 vs 1 online matches, for an action-packed but deep single-lane MOBA for mobile. 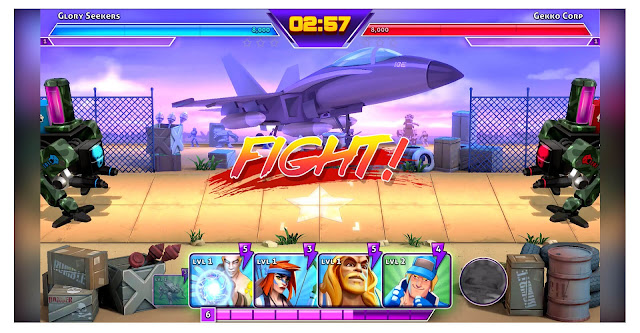 The game features exotic locations and tons of bad-ass fighters. It’s set in an alternate retro-futuristic 1987. According to the developer, if you’re a fan of arcade fighting and beat-em-up games from back in the day, you have to check it out. You even have the ability to “Trash talk” during matches with international short phrases and emotes

Lorraine is a mobile game development studio with offices in Bucharest and Los Angeles. They have previously released Link Twin for Steam, iOS and Android.